“Travel is more than the seeing of sights; it is a change that goes on, deep and permanent, in the ideas of living.”
Miriam Beard

On our way back to Mestia we went to the village Kala. We saw the notice “Kvirike and Ivlita church of Kala”. We won’t pass it. So got off the car and headed for the path going up in the forest… No one can ever wish such fresh air… 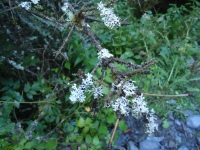 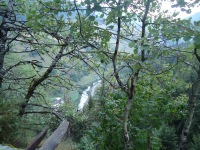 some photos are taken by Ekaterine Nachkhebia

We walked 1 km and saw the shapes of the church. There is a twelfth century church of St. Kvirike, which lies on the mountaintop above the tiny village of Kala. Kvirikoba takes place on July 28 every year. It commemorates the martyrdom of two early Svan Christians. There is one legend about the celebration.  Long ago, during the festival of Kvirikoba, a young man and young lady fell in love, but the man was already married. The man didn’t know what to do. He is married but loves another. So he decided to go hunting. He sees a stag.  He shoots at it, but misses, he is too far away.  As he walks closer, the ground beneath him gives way and he falls through the snow and into the river.  When his love finds out of his death, she goes into mourning, wearing black, staying in her room weeping constantly.  Months pass and she still won’t take off her mourning clothes, or even really stop crying.  She barely eats, won’t talk to anyone.  Her father and brother implore as to what that can do to alleviate her pain.  She answers that the soul of her lover is in the river, and that she must live on the river, so that her tears can flow into his soul.  They build her the tower  “A tower of Love” and she remains there till her dying breath, weeping for her lost love. 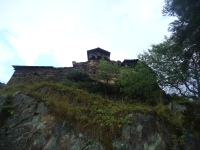 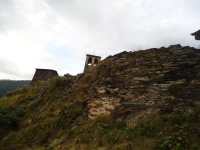 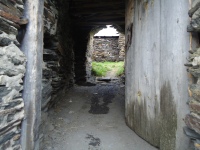 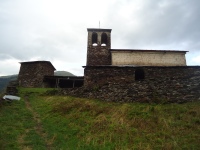 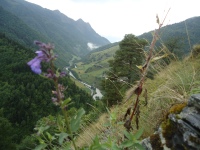 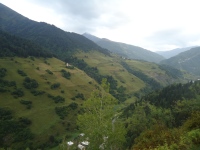 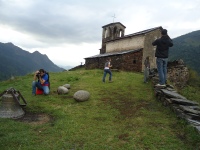 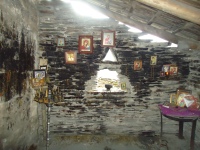 Unfortunately, the church was closed when we got there. We only enjoyed the  scenary and took some photos.