About 18 km northeast of Senaki are the ruins of Nokalakevi, capital of Egrisi (Lazika) from the 4th to 8th century. In AD 542-555 Shah Khusro I (and his famous general Mermeroes and his elephants) failed to capture the city. But in 737 it was destroyed by the Arabs and remained in ruins until the first excavations in the 1930s by the German Alfons Maria Schneider, continued since 1973 by the National Museum, with the help of Cambridge university since 2001. Known to the Greeks as Archeopolis (OldCity), It’s also been known as Tsikhegoji and Dzicha (Tsikhe and Dzicha meaning “castle” in Georgian and Mingrelian respectively). 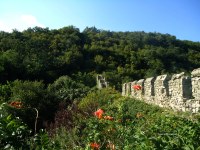 The ruins are entered by a right-angled trap area and a gateway through a massive triple wall. The outer wall, of big blocks, was built in the 6th century AD, and the next two, of smaller stones, date from the 5th and 4th centuries. The walls enclose an area of 20 ha including a 4th -5th century citadel and two churches on the mountain behind. You will also see a gatehouse with external stairs and the Church of the Forty Martyrs of Cappadocia. 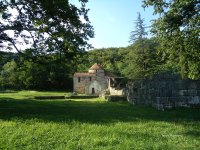 As in most Georgian forts, there is a tunnel down to the TekhuraRiver, to get water during a siege. 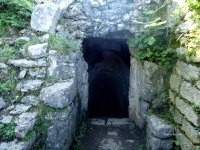 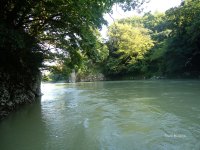 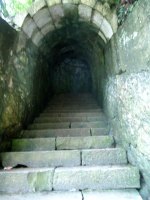 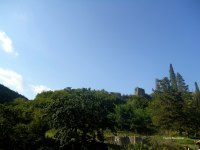 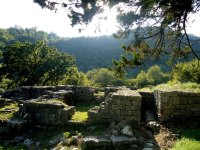 On the territory of Tsikhegoji, on the right of the gateway there is a house built of wooden boards, which belonged to Veriko Anjaparidze. 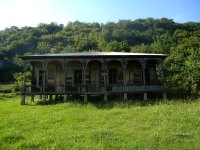