KhobiChurch is located on the left bank of the river Khobistskali, three kilometers from the city of Khobi, in the village of Nojikhevi. In old times it was called The Khobi Monastery. The Khobi Monastery is an architec­tural complex consisting of a church, a palace, a bell tower, a wall and the ruins of buildings. The wall was renovated in the 1970s. The stone church tower, with seven windows, is one of the biggest bell towers in Georgia. The church tower was once covered in frescoes. Inside the wall stands a church which got its fi­nal shape in the 13th -14th cc. The church is decorated with ornaments and frescoes, which have been highly damaged. 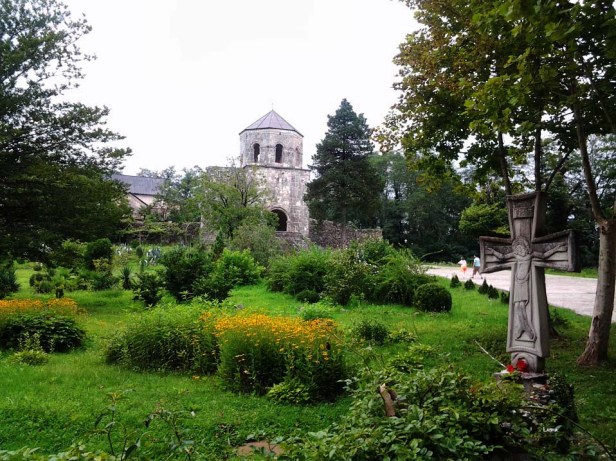 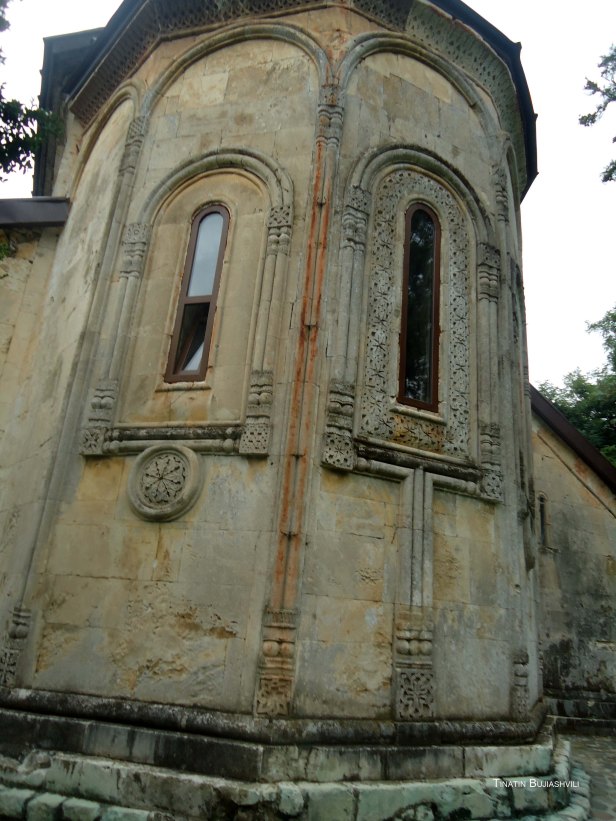 There are various opinions about the date of building the Cathedral. Ekvtime Takaishvili dates it by the 10th -11th c. As for other scientist, they believe that the monastery with its modern image was built at the end of the 13th and at the beginning of the 14th centuries. The monastery was especially important due to the fact that four centuries it housed the relics, which were very important to the Christians: The robe  of the Holy Virgin, a fragment of the life-giving pillar,  and the bone sections of St. John the Baptist, St. Cyril, St. Marin and St. George.

Here is the place where the Robe of the Holy Virgin used to be. Today it is a place of christening. 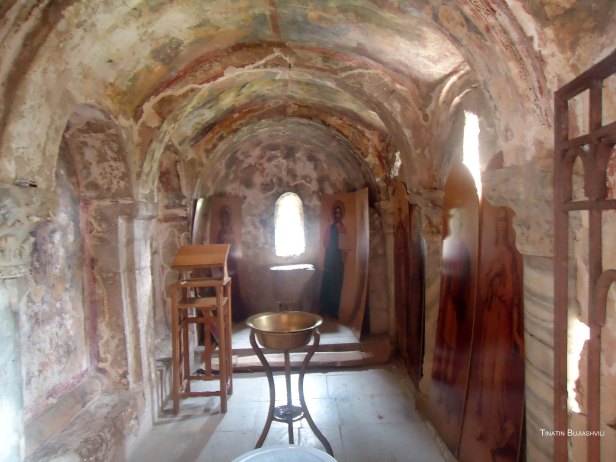 Several conflicting accounts exist of how or when the robe of the Holy Virgin came to the Dormition Monastery in Khobi, Georgia. It is known that her robe was preserved in a silver case which bore two seals, that of the Catholicos and of Prince Levan II Dadiani (reigned 1611-1657), and placed on the monastery altar. Redot Elchin and Pavel Zakharev, Russian envoys, attested to seeing the robe when they visited the Dormition Monastery in 1640. Other 17th century visitors to Khobi were Giuseppe Maria Zampi (an Italian missionary), one of the Patriarchs of Alexandria, Egypt, and several monks from Mount Athos. During the early Soviet era, 1923-1936, the Holy Virgin’s robe was transferred to Dadiani Palace Museum in Zugdidi, Georgia, where it remains today. 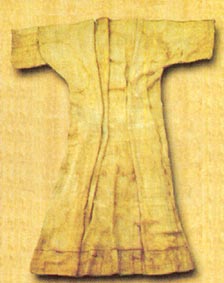 The church has a mural of Tsotne Dadiani with his parents and a sister.  Though, as mother Salome told us, archeological excavations, which continues today, revealed that the mural isn’t Tsotne Dadiani, but his son.

The Khobi Cathedral, with its ancient relics is a marvelous monastery. The entire Khobi Monastery was painted with ancient frescoes in earlier times and the painting was renewed for several times on later dates.

“Archaeological excavations are still continuing which will reveal many interesting facts”, Said Mother Salome, a nun of the Khobi Monastery. She showed us the wall which was newly found and was thought to be a wall of old church…

According to mother Salome, in the place of ruins there used to be a big library and an educational center.