One of the musts see places of Georgia is Pankisi gorge. The question is what makes the place worth seeing and visiting? It is unspoilt beauty of the nature, scenery, castles, churches, waterfalls and Torghva Pankeli fortress, which is just waiting for you to conquer, though more exciting  is Kist culture and very friendly people you will meet on your way. Your visit to any of them will be treated with very high dignity.

Pankisi Gorge is situated in the very heart of the High Caucasus and is one of the most northern regions of Georgia. Pankisi is an ideal place for nature and trekking lovers. 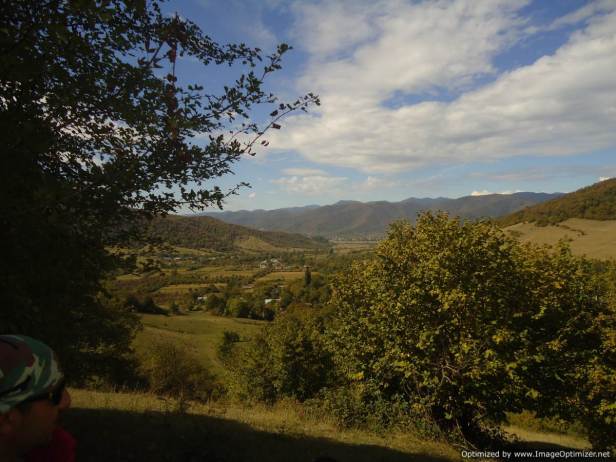 One of the sights of the gorge is Torghva Pankeli or Magraani fortress.  It is a medieval fortress in Kakheti region of Georgia located not far from the Village Khalatsani, Pankisi Gorge. Saeristhavo (Administrative division) of Pankisi is mentioned in the sources in the middle years of XI century for the first time. The Fortress was built in a communication wise location and in good view point. It is a part of a signalization system. People from Pankisi used to light fire on top of the buildings to pass on most important messages from fortress to fortress, mainly warning about the enemy approaching the village.
In the historical sources you will find out, that in the 12th and 13th century there used to be a rich duchy called Torghva Pankeli, named after a Georgian aristocrat. The duchy was surrounded with massive walls, fortifications as well as signal and fortified turrets. Within these fortifications the Georgians built many Christian churches, whose ruins are still visible in every corner of Pankisi. Fortress and the majority of the grounds of today’s gorge once belonged to a Georgian duke named Torgva Pankeli. He was descended from Georgian highlanders – Pkhovi, and trusted men of queen’s son and successor- king George Lasha. Together with other dukes he set a conspiracy against Mongolians, which conquered Georgia in first half of XIII century.

The road starts from the village Zemo Khalatsani and it is about 1.30 hours walking until you see the entrance of the fortress. The path goes through the wood with spectacular views of Pankisian villages.

As you enter the entrance door of the fortress you will find out ruins, there you will see a well as well. Soon the main path will reach a Georgian church situated at the very end of the fortress. Its ruins are still well kept. There are clear traces of windows, doors, altar and old frescoes and. We also say a black inscription on the wall, which is thought, but not for sure to be inscription of Queen Tamar reign period. 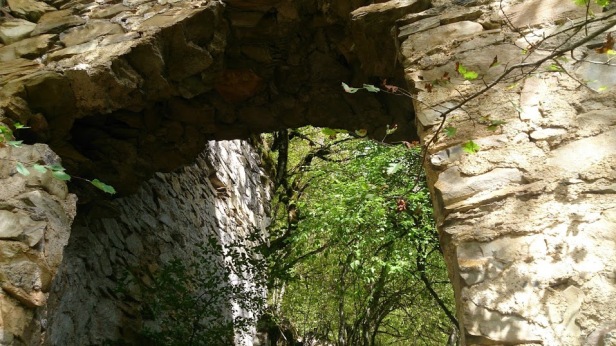 Today there is an estimated plan of the fortress. 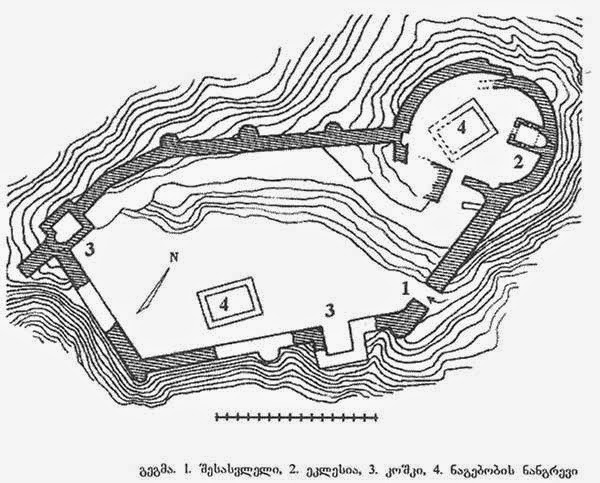 In conclusion, it is worth visiting Pankisi Gorge to take some rest, get familiar with its history both current and past, be amazed with local customs and culture of the people. You will really explore the place which is a crossing point for Christians and Muslims, for Chechens and Georgians.