Tours to Georgia often include a visit to this wonderfully unique ancient monument. Atskuri Temple is located in the southern part of Georgia and was built in the 10th century and is situated near the Mtkvari River valley, which is part of an important and strategic route. Atskuri was a vital stronghold for the defense of Georgia in Medieval times.

Today the temple is destroyed, though in the 18th century according to Vakhushti Bagrationi Atskuri Temple wasn’t ruined until 19th century. He writes: “There is a wonderful domed church of  St. Virgin Mary.”  Marie Brosset, specialized in Georgian studies, saw the temple in the beginning of the 19th century, writes: “An old woman told me that she had remembered the temple not demolished yet.” It seems that the temple was destroyed in the last years of domination of Turks. 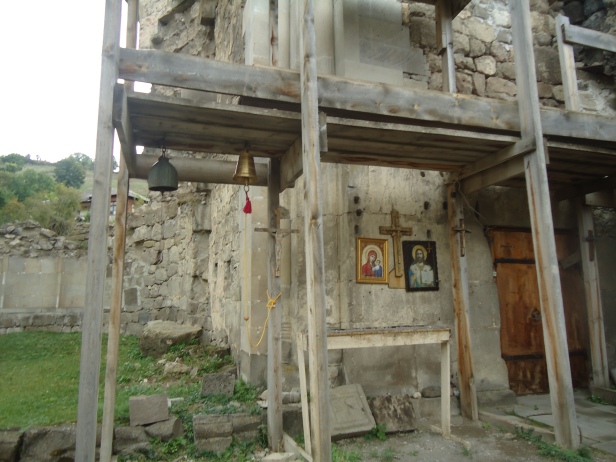 The greatness of Atskuri Temple is still a surprise for viewers. Indeed, Atskuri cathedral (Episcopal Church) was the greatest temple in all of Georgia (bigger than Svetitskhoveli).

Today it is considered as an important monument of Georgian culture.