In a narrow part of the Borjomi valley there used to be a fortress in the way. Nowadays, the village of Atskuri lies peacefully next to the ruins of Atskuris Fortress, which are only interesting for a small outing. 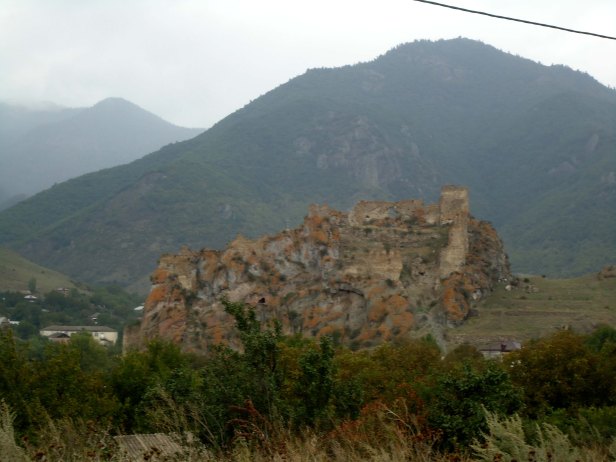 This fortress was built in early medieval centuries. According to the first historical records Atskuri was built in the 5-6th centuries by Georgian king Vakhtang Gorgasali. The Fortress was a key defense point on the border of Samtskhe and Southern Georgia along the Mtkvari River. It was expanded many times, notably in the 9-10th centuries, and Ottomans held it from the 16th century until 1829 when General Totleben had desire to take it. Due to numerous reconstructions Atskuri combines multifarious architectural styles hence. It is very complicated to determine its primeval aspect. 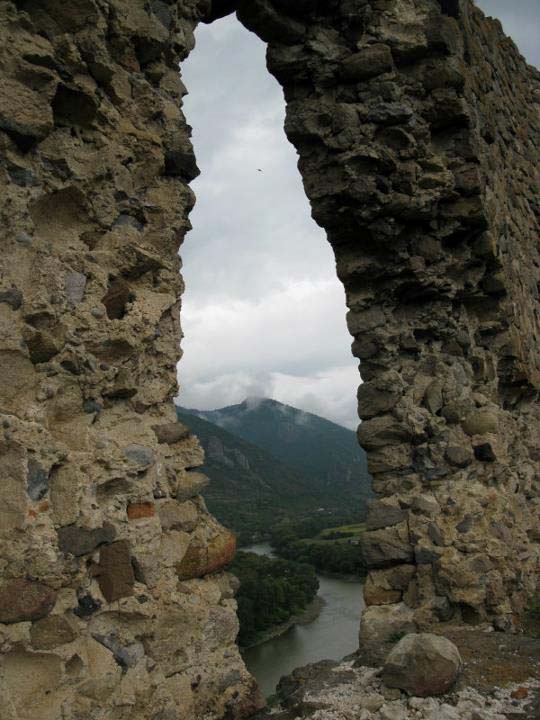 It turns out there was the secret entrance to the fortress.

Atskuri is one of the strongest fortresses in Georgia. It stands on a high, rocky mountain so it was very easy to defend it from enemies.

One thought on “Atskuri Fortress”