17km from Gori, there is a quite a big village, Mejvriskhevi. The village is divided into two parts by the River Mejuda.

In the centre of the village there is a Usaneti Church. The church was nearly destroyed during the earthquake in the late 20th  century and after that due to a bad restoration. 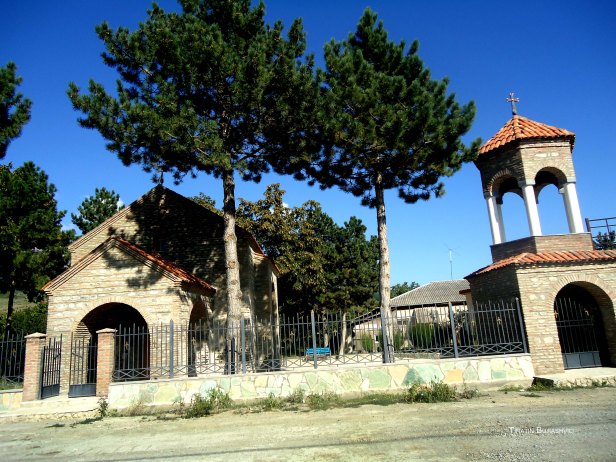 The church is unique. The walls, built with cobblestones but covered with bricks create three vaults. Such style was known only in Gremi, though historians found out in Mejvriskhevi too.

In the churchyard you will meet some gravestones.

People celebrate Usanetoba on the seventh week after Easter. The church is visited by locals with their guests. People give feast the whole night.

As locals say, Usaneti church is a miraculous church.