At the touch of love everyone becomes a poet…

There is not much information about Khvaramze. It is known, that in the village of Skhlovana, Tianeti region, there lived Khvaramze and Barbare, who was a mother of Vazha Pshavela, a Georgian poet. Later, Barbare married a man from Chargali. Khvaramze fell in love with a man, named Vazhika, but as they were from the same community, they weren’t allowed to get married. Later Khvaramze got married to Samukashvili from village Artaani, but she stayed faithful to her love. She showed her love in her poetry. Although she devoted her life to her family she never betrayed her love. 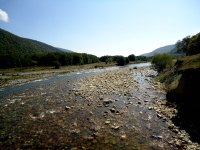 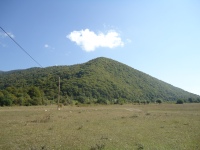 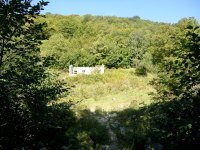 One day Vazhika passed her house on his horse but he didn’t want to show his weakness so he didn’t look at her house. After his passing the woman covered his footsteps with leaves not to be spoilt by domestic animals.

Kvaramze died at an early age.

A few years ago Teona Kumsiashvili and Mariam Khutsurauli got an idea to hold the Khvaramzeoba and tell the Georgians about a Georgian poet woman Khvaramze. Unfortunately, Teona died at an early age before this idea turned into reality.

It’s already three years since the Khvaramzeoba is held in Aartani on September 15 to commemorate Khvaramze. The Khvaramzeoba is a kind of festival, where Georgian poets and local amateur poets competed with one another. Folk bands performed their shows as well as individual folk singers. The exhibitions of the hand-made souvenirs were also held within the festival. 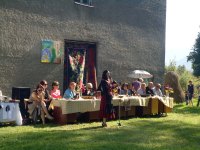 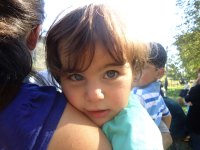 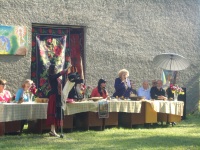 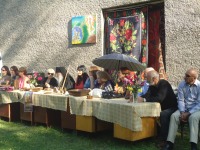 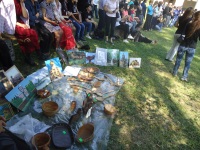 When the festival ended guests tasted local products-Khinkali and Dambalkhacho. 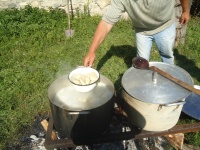 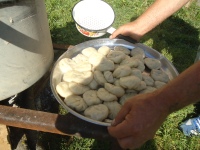 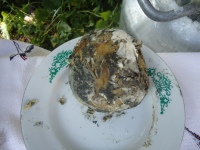 The author of the text is Khvaramze.