“In every walk with nature one receives far more than he seeks.”
— John Muir

The maze of Birtvisi Canyon is located about 60 km, South-West of Tbilisi, on the left bank of the river Algeti. It’s an hour drive from Tbilisi to Birtvisi and you meet an amazing natural shelter, which was discovered by local Lord back in 8th or 9th century, where he ordered to build an isolated hidden city which later became one of the most protected fortress-cities in Eastern Georgian Kingdom. 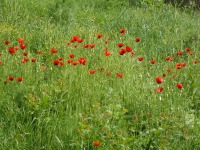 The way to Birtvisi canyons and fortress leads through a forest then you have to walk in narrow canyons, climb rocky slopes sometimes with ropes to reach Sheupovari (Obstinate) fortress with loop-holes in the walls. This tower, obviously, was constructed at later period, but in other places we meet much earlier layers. From there, you can get a great view over the whole valley of Birtvisi. 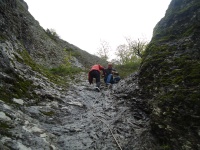 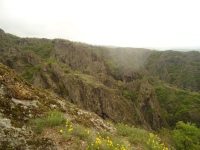 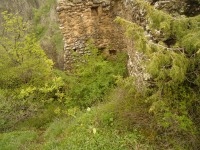 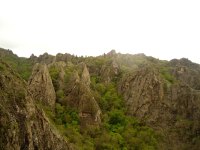 It is first mentioned in sources in the XI c., when Kldekari’s Eristavi Liparit and Kartli’s Eristavi Ivane the son of Abaza arrested Emir of Tbilisi and took Birtvisi away. Birtvisi was considered unassailable fortress, and its owner had political control of the whole Algeti gorge. But it should originate much earlier. It hasn’t lost its function of fortress till the end of the XVIII c. and was considered unassailable.

Among the ruins of the castle, in addition to defensive structures, dwelling and economic buildings and water reservoir are seen. In late feudal period Birtvisi belonged to Baratashvilis’ feudal family.

On the opposite side of Sheupovari there is Dedatskikhe, which is very difficult to reach, as climbing on a rocky slopes is quite difficult and ropes are often used there. Though unbelievable picturesque panoramic views of the Algeti valley, Trialeti mountain chain and forests are before your sight! Have a rest, relax and just enjoy the nature! 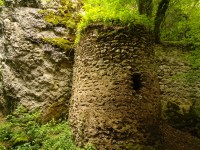 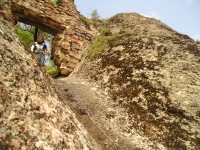 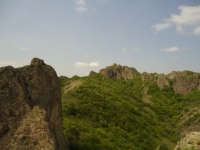 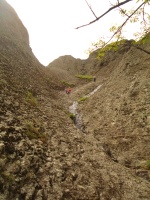 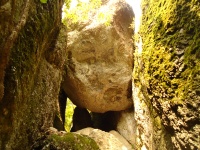 On this enjoyable trek, you will feel the incredibility of nature, where in the labyrinth of the canyons and miraculous forest lay the great secrets of an ancient civilization. 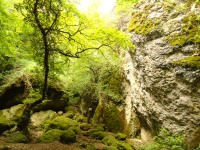 “If adventure has a final and all-embracing motive, it is surely this: we go out because it is our nature to go out, to climb mountains, and to paddle rivers, to fly to the planets and plunge into the depths of the oceans… When man ceases to do these things, he is no longer man.”
— Wilfrid Noyce