Tusheti is a traditional mountain community with its own, unique culture surrounded by stunning landscapes. You cross the dramatic gorges and rugged peaks of the Caucasus Mountains and you find yourself among green pastures and little mountain villages. 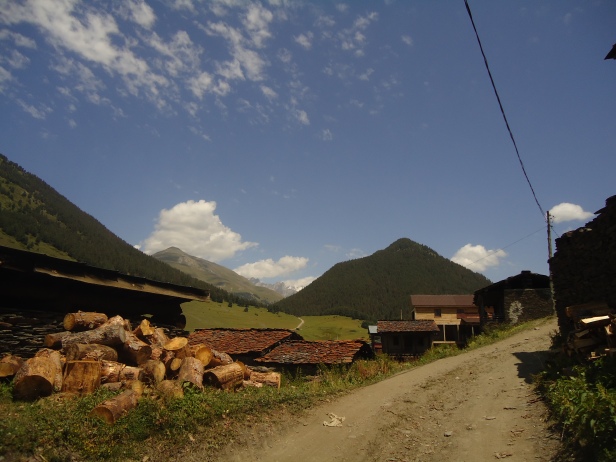 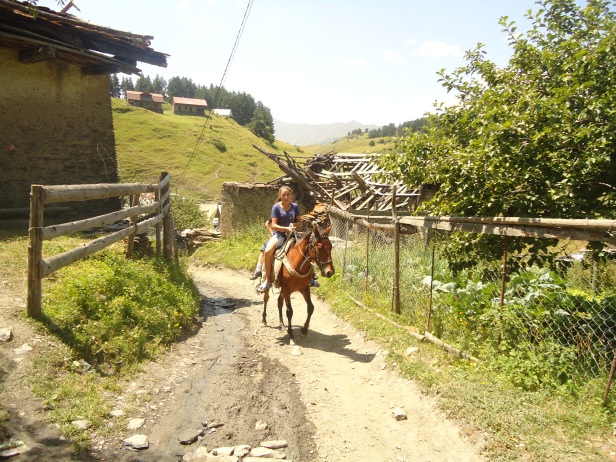 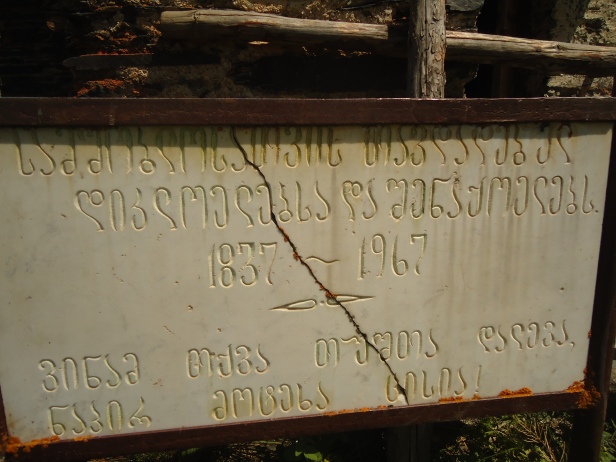 Village Shenako is situated on the south slope of Piriqiti ridge. In winter  Shenako  village is with only a couple of inhabited houses, the rest abandoned and rapidly becoming ruined. These are the houses the villagers moved to in the winter months of extreme cold and deep snow. Only one couple stay all year round now, the rest leave Tusheti in the winter (October – May) and move to Lower Tusheti-Alvani and villages of Kakheti. 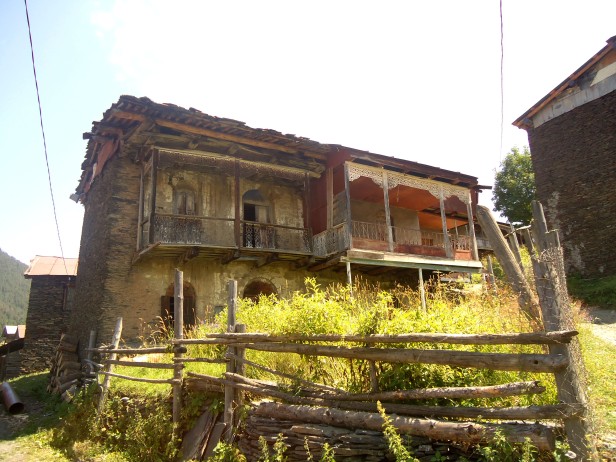 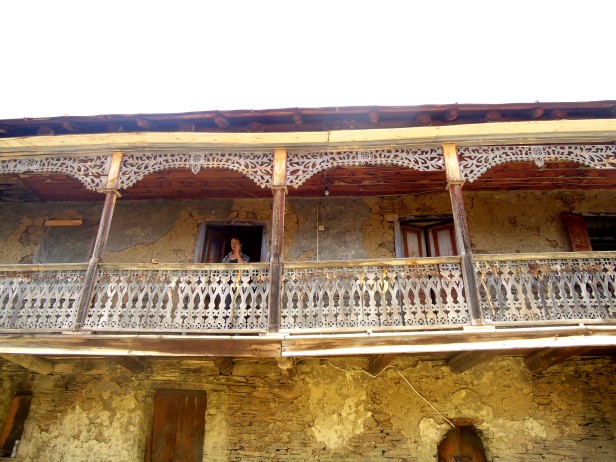 The village  is famous for its  unique impressive architecture – houses-towers. These residential places were designed to protect the family’s property as well the bottom floor of dwellings was used to keep livestock, with the living quarters, fireplace and etc while the top floor served for defense from enemies’ attacks. The peel houses of the commune had lost their defensive function late in the XIX century and it had begun to convert them into the accommodations of a new type – the houses with balconies. Alike the other villages of Tusheti, Shenako is in the checklist of UNESCO World Heritage Sites too.

There are only two churches in Tusheti and one of them, a Church of Holy Trinity is situated in Shenako -a wonderful architectural object  and  was built by Russians in the XIX century.  . It is situated in the eastern part of the village and has recently been renovated. Behind the Church there is a shrine. 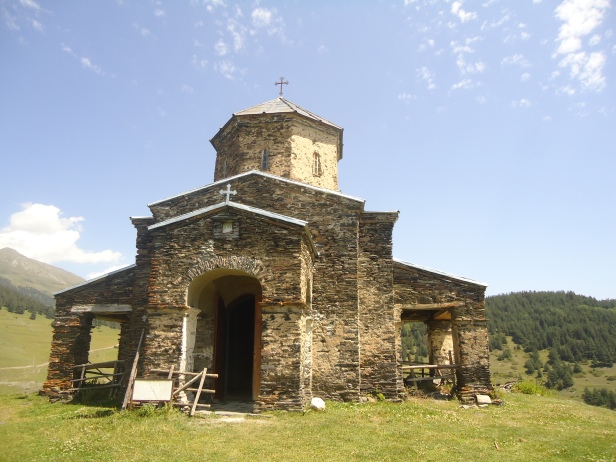 In front of the church there is a stadium where Tushs often play football against guests and always win. 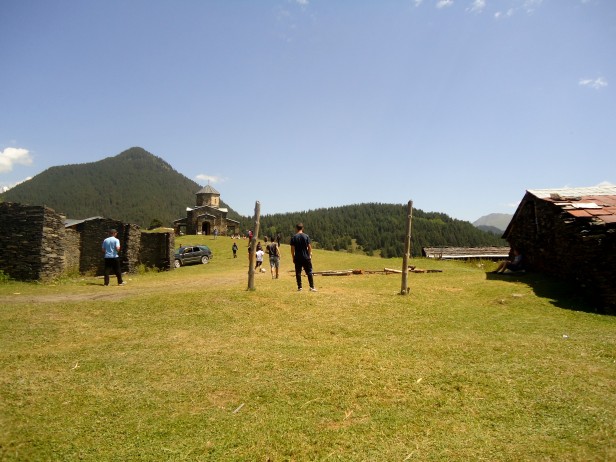 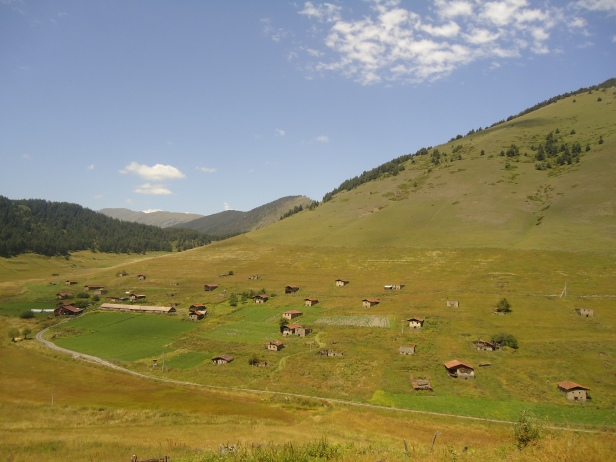 One thought on “Shenako, Tusheti”