Georgia.com Travel offers the visitors a magnificent tour to Kartli Region. The tour starts in Tbilisi. Our first destination is Uplistsikhe.

The ancient city carved in the rock is located 20 km east to Gori. It was part of the historic Silk Road. On the verge of II and I millennia BC, one of the tribes that lived on the territory of Uplistsikhe decided to use and arrange the natural caves as their dwelling spaces. In the 6th-5th centuries BC it became one of the most important cultural and political centers of Shida Kartli.

Starting from the 2nd century BC it transformed into a typical Hellenistic town. Uplistsikhe was an important trading centre till the 12th century AD. The remains of the town, which was built on the bank of the river Mtkvari still retain the signs of hellenistic epoch and make an unforgettable impression on the visitors.

From Uplistsikhe we will visit one of the most beautiful gorge in Kartli-Ateni gorge. On the way we will meet very beautiful church of Ateni Sioni.

Ateni Sioni replicates Mtskheta Holy Cross Monastery architecture. It dates back to the first half of VII century and is located 12 km from Gori, in Ateni village, a place of outstanding natural beauty on a rock above the Tana River in a narrow valley. The name Sioni derives from Mount Zion at Jerusalem. The church has cruciform interior and its facades are faced with carved rectangular greenish-gray stones.

The walls of the church contain Georgian, Greek, Armenian and Syrian inscriptions. Here can be found all types of inscriptions in Asomtavruli, Mkhedruli and Nuskhuri. Some Inscriptions are covered with frescos. Some inscriptions were dated. Sioni interior wall contains the inscription of Secular poetry, which is unique and is nowhere except here.

The Church is a burial place of Sumbat, a son of Ashot, Nerse, Stepanoz Mampal and Guaramvri, a wife of Konstantine Kakhi, with their birth and death dates.

Today frescoes conservation works are in progress. The church was closed during Soviet Period and was just a museum. Since 1989 Ateni Sioni is active again.

You can have a wine and culinary tour at the wine cellar in Ateni. Don’t miss the chance to taste Kartli wine and experience making traditional dishes of the region. 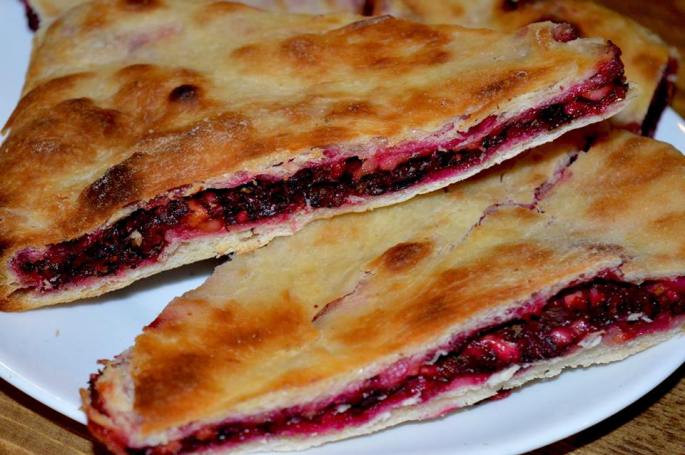 Relax a little and go walking to Gori Fortress, which is in the heart of the town.

Gori Fortress is a historical building on a hill above the city of Gori, Shida Kartli. From here all the roads are seen well so gaolers could easily see when enemy appeared. Located on the main highway connecting eastern and western parts of Georgia the fortress was of strategic importance for many centuries. The Fortress was a strategic stronghold. Conquering the fortress meant political influence on Shida Kartli. Gori fortress was attacked several times by invading armies and was rebuilt afterwards. The main part was restored in the 30s of XVII century by king Rostom. The last time the church was restored in 1774 by Erekle II. After the Treaty of Georgievsk (until 1801) Gori fortress still had a function. The Russian army battalion Grenadier stood there. Later Gori fortress lost its practical importance. The fortress was built with cobblestones. In old layers cut stone was also used. The western part – Tskhrakara – is better preserved, on the southern and eastern parts there are support fences. In the south east part of fortress there is a small chapel. The fortress had a tunnel to get some water. In the middle of the south wall there is an ancient wooden gate. The Fortress has only one entrance, which is not seen until you come closer. There are few remaining structures within the walls but spectacular views of the city, mountains and surrounding makes it one of the remarkable places.

And in the end, want to buy Georgian traditional souvenirs? Visit Tatulashvili ceramic craft-shop. Tatulashvili family has always been famous for traditional handicrafts. George Tatulashvili is the third generation that continues family traditions and tries to transfer the accumulated knowledge to future generations.