Today in the era of globalization, it isn’t enough just visit the sights of the country but listen, taste and feel it. The country’s gastronomic culture has a huge contribution in all of this.

It seems almost impossible for me to visit Japan and tried its cuisine, so decided to create Japanese environment by visiting the restaurant, where the chef would be local. Before that I even prepared a list of some Japanese useful words, like- Kon’nichi Wa (Hello).

At Obento Express I met a chef- Kai Maruyama, who shows a true passion for food. He tells the story how he decided to introduce Japanese cuisine to the Georgians. It was a challenge for him as his customers should be locals and how competitive it would be comparing with Georgian cuisine, which he himself likes and appreciates it very much.

At Japanese restaurant I expected to see Sushi at first, though, I was a bit disappointed. It was his another challenge as I guessed later.

‘Japanese food is much more than just sushi,’ explains Kai-San with a smile and introduces the menu with five dishes in it: Wakame Salad, Curry on rice, Dry Curry, Miso Ramen and Yaki soba noodles. All of them are new for me.

‘Oishii’ (delicious)!-I say. ‘Soba noodles are made daily by me. It gives the dish different tastes and the curry has a welcomed depth you won’t find at any other Japanese restaurants in Tbilisi,’ he adds. 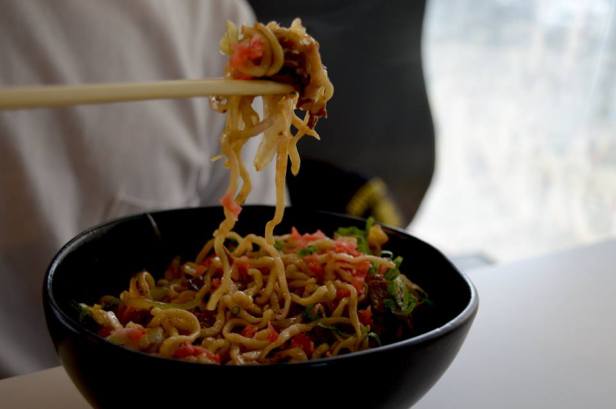 On the question what makes his dishes unique, he answers: ‘I get my ingredients from Japan and I never use frozen food’. 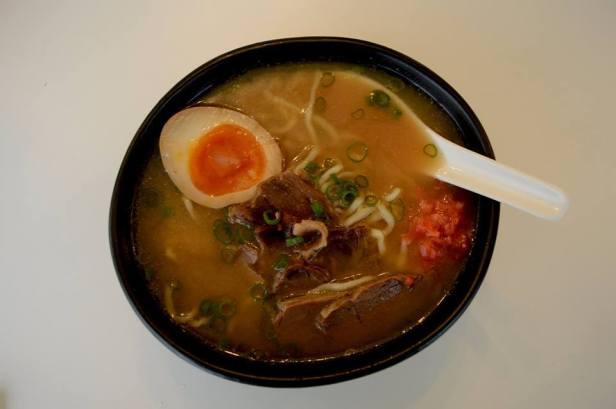 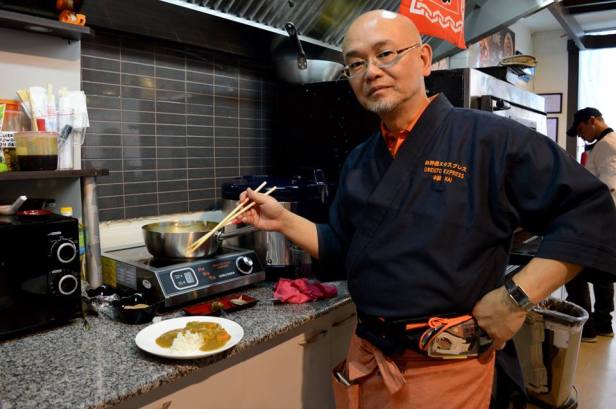 Anyone can have the impression with just one unique dish about the country and its culture. Japanese gastronomic culture has an amazing opportunity, possibility and chances. That’s why you should not stop, but you should feel and taste it. In order to keep your own, appreciate other’s cuisine and listen to the future of mankind.

So, visit Obento Express, a fast food cafeteria at the Goodwill supermarket, one of Tbilisi’s first hypermarkets, in Didi Dighomi.