There are many distinguished buildings and places with exciting stories behind them in Tbilisi. Here we present the most notable old houses and buildings of Aghmashenebeli ave in Tbilisi, that stand out for their architecture or stories.

This house, on Aghmashenebeli ave. is known for its sad story. The building was built by German architect Paul Stern. Many years ago a merchant and an oil producer Avetik Ghukasyan, with her wife and only daughter Tamar came to Tbilisi to live. He was very wealthy and greatest philanthropist in his lifetime. He left 1.5 million Maneti to her daughter in his will with only one condition-she shouldn’t marry to the man except Armenian. According to the will if her daughter died until the aged of 18, the property would be used for general education of Armenians in Armenia. Unfortunately, Tamar didn’t live until the age of 18. The property of Ghukasyan was sold to build an educational institution for Armenians. 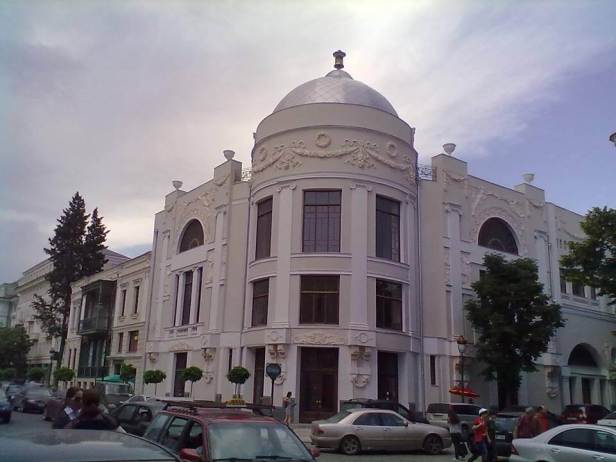 APOLO is a world cultural monument which is among the cinemas built in modern style. In Tbilisi the building of modernist style constructions began in the beginning of 20th  century and became very popular. German architect Leopold Bielefeld is considered to be the designer of the building but sculptural reliefs belong to Czech master Carl Souchek.  The cinema, that name until 1990 was October, was opened in 1909. Before the sovietization of Georgia, the building belonged to a German citizen Hegel. After the collapse of the USSR, all Georgian cinemas were under the control of Georgian Film. They didn’t have a right to sell but… was sold several times

Today the cinema is closed and doesn’t function.